What is Chronic Fatigue Syndrome? 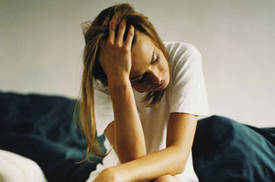 While the name 'fatigue syndrome' gives the impression of a generic lack of energy that many of us feel on a weekly basis that this syndrome often creates sneers in some individuals.  Make no mistake, that while general fatigue is common in all of us, CFS has unique symptoms that force separation from simple general "fatigue".

The clinical symptoms of chronic fatigue syndrome can be summed up as follows:

This is the hallmark symptom of CFS. Small tasks, once taken for granted, can cause exacerbation of symptoms for days or weeks. Since the price for activity is often paid after the event, many people with CFS have a difficult time avoiding relapses. Most people with CFS must slowly learn to pace their activity.

Exercise and activity may temporarily worsen the symptoms of CFS. These symptoms are: